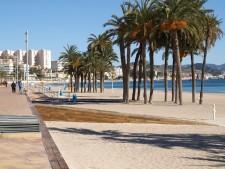 The economy in Britain has been slow over the past couple of years and the government has been looking for places to cut costs. As a result, many state welfare programs have stopped over the past decade. Now they are adding to this list. The British government is about to stop facilitating the health costs of UK citizens under the state retirement age in countries such as Spain and France when these people do not qualify through employment. This means that the British government will no longer reimburse another European country for health costs incurred by young British nationals who are not working and thus not contributing to the taxes. This policy is likely to start taking place from April 1 of 2014, according to the health department. This is in accordance with the many cost-saving moves under review of the National Health Service.

The crackdown on health services started in 2007 when the French authority stopped the free services of early retirees using the French system without having contributed to it. People living in the expat enclaves in Northern Spain are likely to be affected by this and maybe going to be required to buy private health insurance.

As of now, many unemployed expatriates who are under the age of 65 for men and for women who are under the age of 60 are living within the European  Economic Area and they have passed their health care bills to the treasury without making contributions to it. They do this by completing Social Security residual form S1 before they leave UK and by doing this they and their dependents receive up to two and a half years of free health care access. The claimant had to have made National insurance contributions for the past three years to qualify for the full period of cover. The change does not affect people who already have residual S1. However, once their current residual S1 expires they will be required to buy private medical insurance frankly which can be pretty expensive.

A Department of Health spokesperson said the residual S1 provisions were not part of EU law.

She said: “No other European state offers an equivalent to the residual S1 and the reasons for the UK doing so in the past probably arise because the NHS is different to continental systems.”

Now the question remains that how much money will be saved form this move. The facts suggest that the amount spent for ineligible persons healthcare can amount up to $2 billion every year. The National Health service has been under review for quite some time now to make it more efficient and fair to the taxpayer. Thus comes the crackdown on immigrants from all parts of the world abusing the “open door” policy of the service which seems unfair to the regular contributor to the national treasury. The Department spokesperson said: “We are committed to ensuring that the NHS is sustainable and fair for the British taxpayer. The changes only apply to new applications. All existing residual S1 forms will remain in place and continue to be valid until their cessation date.

“We are continuing to work through the operational implications of the change and will make a further announcement once this work has been completed.”

Now we have to wait patiently to see where this thing goes and how the expat community reacts to this as this could become a serious burden for them as their window of free health care is closing. However, the changes do not affect people over the national retirement age or EU citizens with a EHIC card. 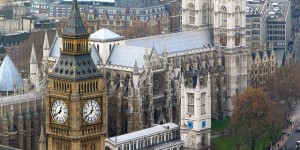 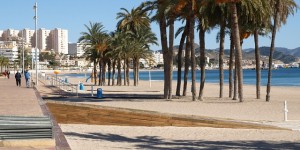 The economy in Britain has been slow over the past couple of years and the government has been looking for places to cut costs. As a result, many … END_OF_DOCUMENT_TOKEN_TO_BE_REPLACED 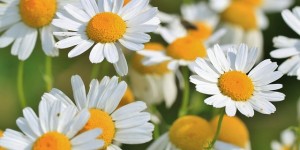 Chamomile has been used since centuries for its potential health benefits. It is available in two strains- German and Roman strains; though both have … END_OF_DOCUMENT_TOKEN_TO_BE_REPLACED